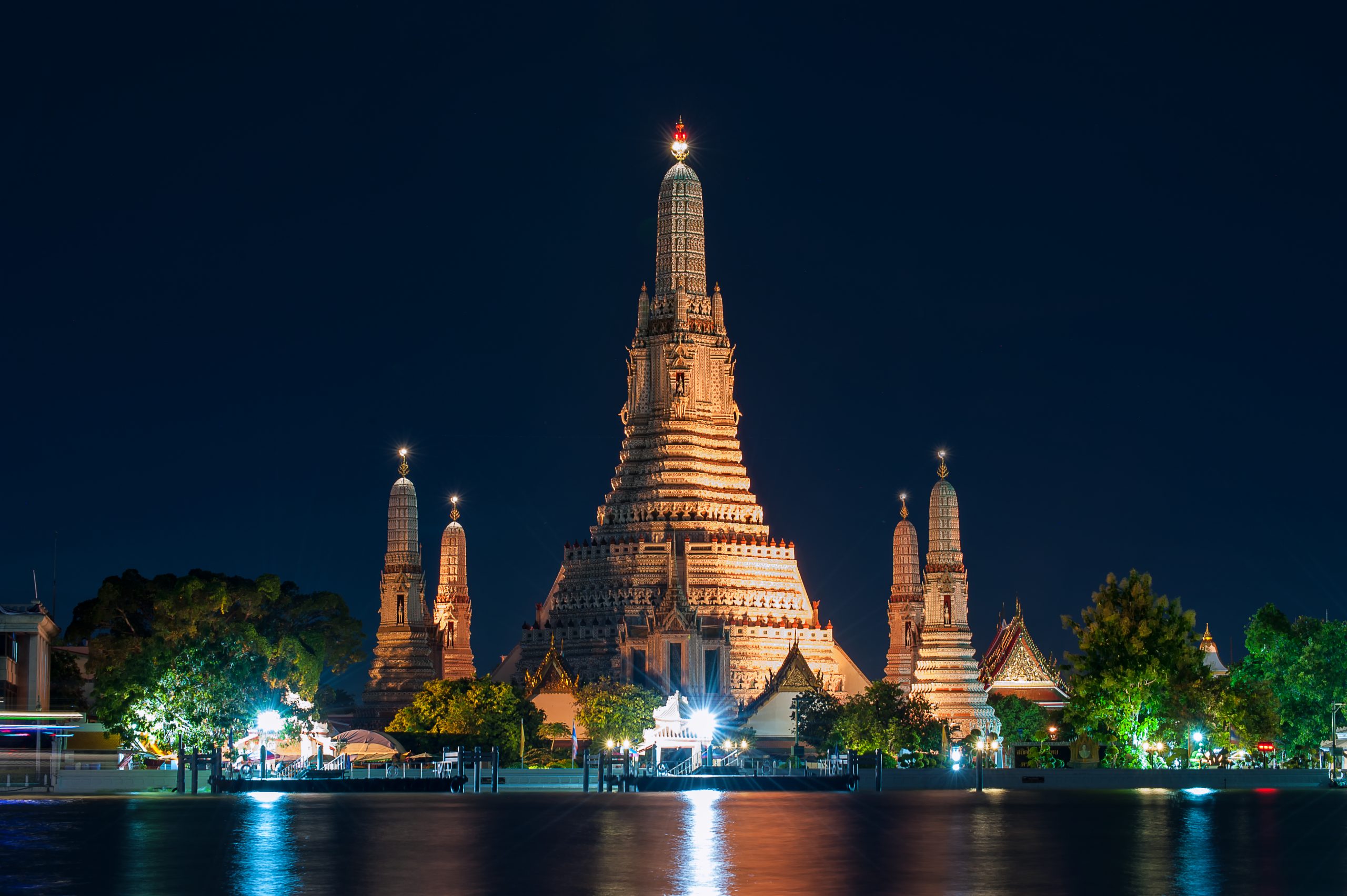 Wat Arun can be accessed through the Chao Phraya River, and ferries travel across the river towards the Maharaj pier. For foreigners, the temple charges an entrance fee of 50 baht (as of September 2019). During Kathina, the king travels to Wat Arun in a procession of royal barges to present new robes to the monks there.

The main feature of Wat Arun is its central prang, which is encrusted with colourful porcelain. This is interpreted as a stupa-like pagoda encrusted with coloured faience. The height is reported by different sources as between 66.8 m (219 ft) and 86 m (282 ft). The corners are surrounded by four smaller satellite prang. The prang are decorated by seashells and bits of porcelain, which had previously been used as ballast by boats coming to Bangkok from China.
The central prang is topped with a seven-pronged trident, referred to by many sources as the “Trident of Shiva”. Around the base of the prang are various figures of ancient Chinese soldiers and animals. Over the second terrace are four statues of the Hindu god Indra riding on Erawan.In the Buddhist iconography, the central prang is considered to have three symbolic levels—base for Traiphum indicating all realms of existence, middle for Tavatimsa where all desires are gratified, and top denoting Devaphum indicating six heavens within seven realms of happiness.At the riverside are six pavilions (sala) in the Chinese style. The pavilions are made of green granite and contain landing bridges.

Next to the prang is the Ordination Hall with a Niramitr Buddha image supposedly designed by King Rama II. The front entrance of the Ordination Hall has a roof with a central spire, decorated in coloured ceramic and stuccowork sheathed in coloured china. Inside, there is a grand altar with a red, grey and white marble decoration. There are two demons, or temple guardian figures, in front.The murals were created during the reign of Rama V.